Home / About us / Board of Directors

Our leaders live the values and are accountable for overseeing the company’s operations.

Peter Hood AO is a qualified Chemical Engineer with over 50 years experience in senior management and project development in the mining, oil and gas, and chemical industries.

Peter was previously the CEO of Coogee Resources Ltd, a company involved in the exploration and production of oil and gas in the Timor Sea. Prior to this he was the CEO of Coogee Chemicals Pty Ltd where he oversaw a period of significant growth in the company’s market capitalisation.

In the Australia Day 2020 honours list Peter received an Officer (AO) of the Order of Australia. The citation associated with the award was “For distinguished service to business and commerce at the state, national and international level and to the resources sector”.

Aaron Begley has over 20 years of experience in developing, commercialising, manufacturing and internationally marketing engineered products for the Oil & Gas, Defence and Resources Sectors. Experienced in Management, Strategy, Industrial Marketing, Export Marketing and Distribution, Product Development, Research and Development and Advanced Manufacturing, Aaron has also accumulated significant experience in the commercialisation and production of engineered products manufactured from advanced materials to a state of the art global standard.

Prior to his current role as Chief Executive Officer, Aaron held various positions within Matrix Composites & Engineering since starting with the company in 1993, including Managing Director and Marketing Manager. Throughout his tenure, Aaron has taken the company from a local heavy engineering firm to a global market leader in the manufacture of engineered products and advanced materials.

Steven Cole has over 40 years legal, business, corporate and directorial experience. Mr. Cole is the Managing Director of Cole Corporate, a boutique corporate and governance consultancy firm. Prior to this role he operated a corporate and financial legal practice as a senior equity partner with Allens Arthur Robinson, a leading national and Asian law firm.

His extensive boardroom and board sub-committee experience encompasses ASX listed companies in the resources, professional services, agribusiness, property management and industrial sectors, as well as a number of public sector and charitable/not for profit (NFP) appointments. 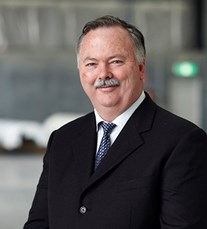 Craig Duncan has more than 35 years’ experience in the petroleum and mining industries in Australia, Asia, the Middle East and Africa. He was previously a Drilling Superintendent at Apache Energy for 12 years and was responsible for managing well construction operations. Prior to this role, Craig was involved in manufacturing specialised equipment for the gold mining industry.

Chris is an experienced executive who has held senior management positions in various engineering, maintenance and contracting businesses with operations in Australia, Asia, Europe and the USA.

For 20 years, Chris was in various engineering and management roles with leading engineering companies including Clough and WorleyParsons, and had significiant involvement with the construction and maintenance of major oil and gas facilities on the North West Shelf, and in the Timor Sea and South East Asia. In 2006 Chris was appointed CEO of Integrated Group, an ASX listed company that was subsequently acquired by Programmed in 2007.

Chris was then appointed Managing Director and Group CEO of Programmed from January 2008 until his retirement September 2019. Programmed was a major public listed ASX company until October 2017 when it was acquired (for an enterprise value of $1 Billion) by the major Japanese company Persol who are listed on the Tokyo Stock Exchange. Programmed is a leading staffing, maintenance and facility management services provider with revenue in excess of $2.4 Billion and more than 25,000 employees across Australia and New Zealand.

Chris was a member on the Board for 4 years (2012-2016) of the Australian OHS Education Accreditation Board. Chris was also a co-founder and Chair of a Perth-based group CEOs for Gender Equity. In November 2017 Chris was awarded the Australian Human Resources Institute CEO Diversity Champion Award (AHRI).

Chris has now commenced a non-executive director career as well as pursuing a number of private business interests.